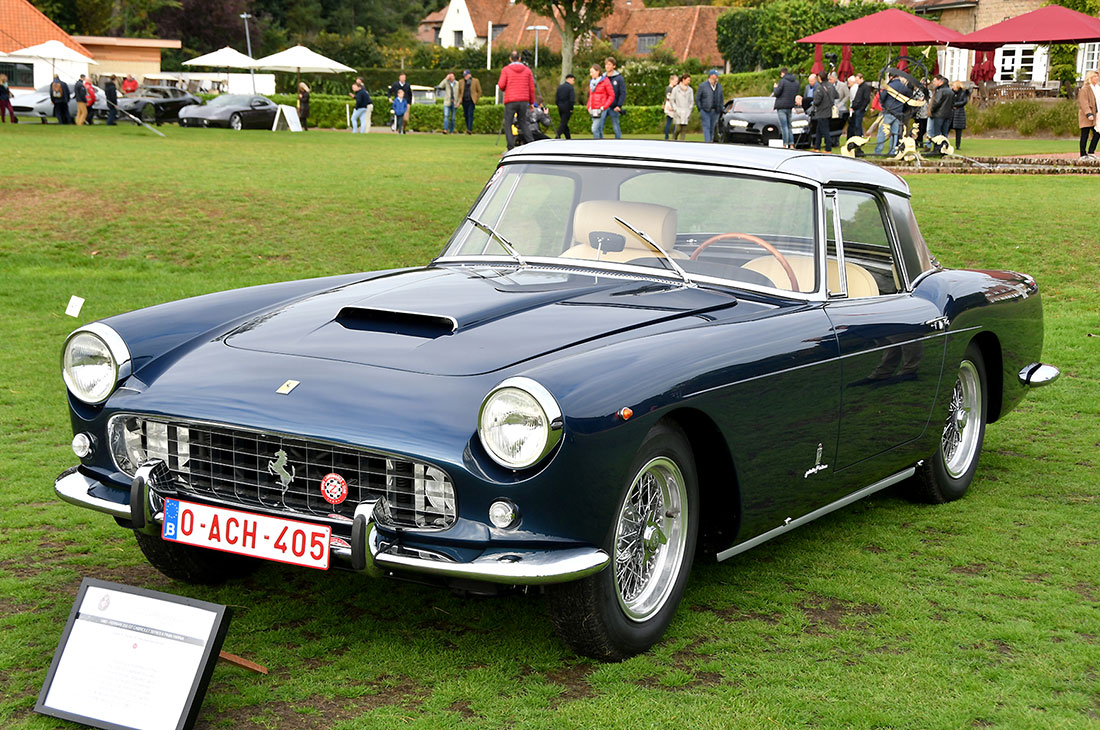 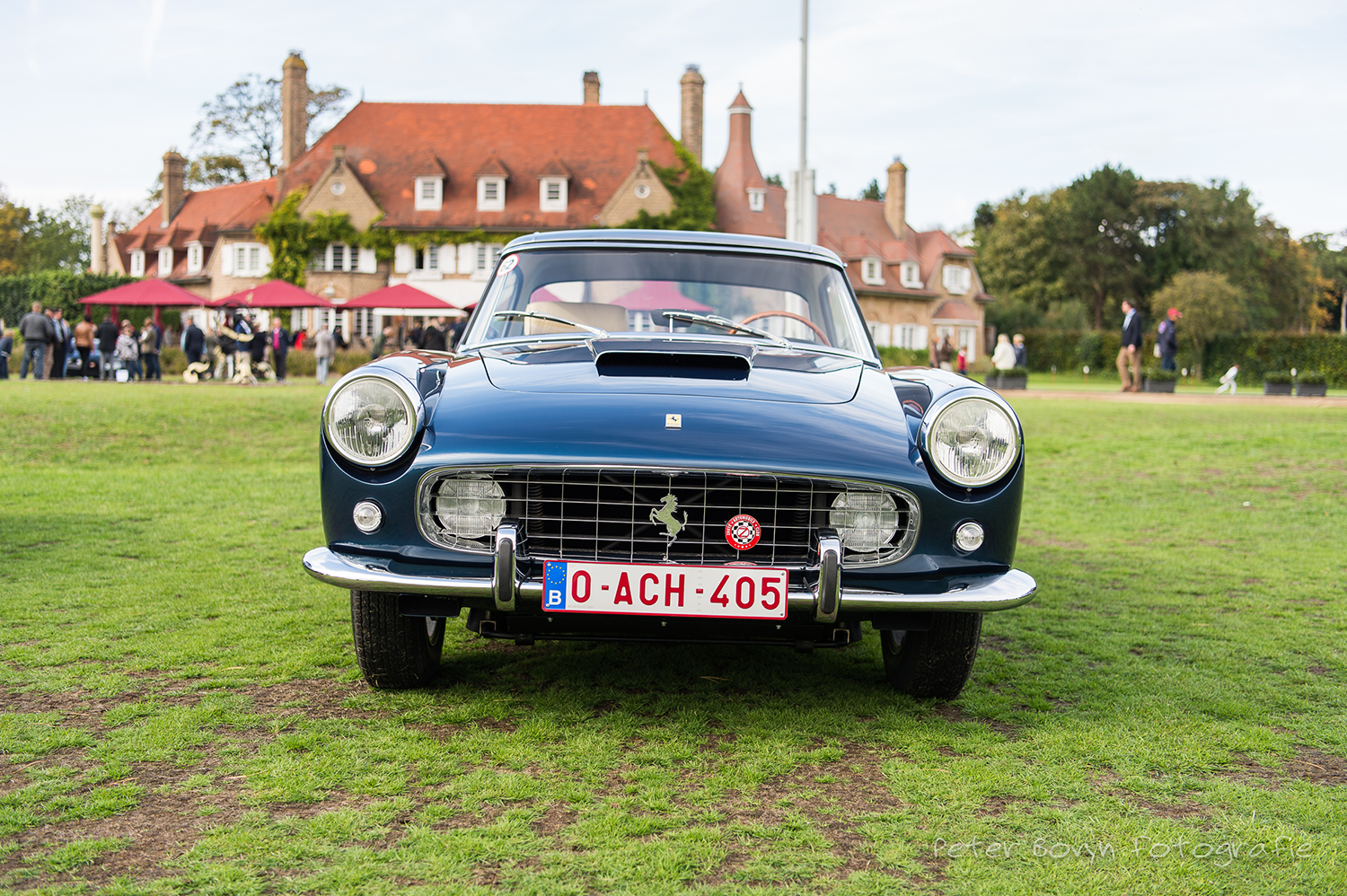 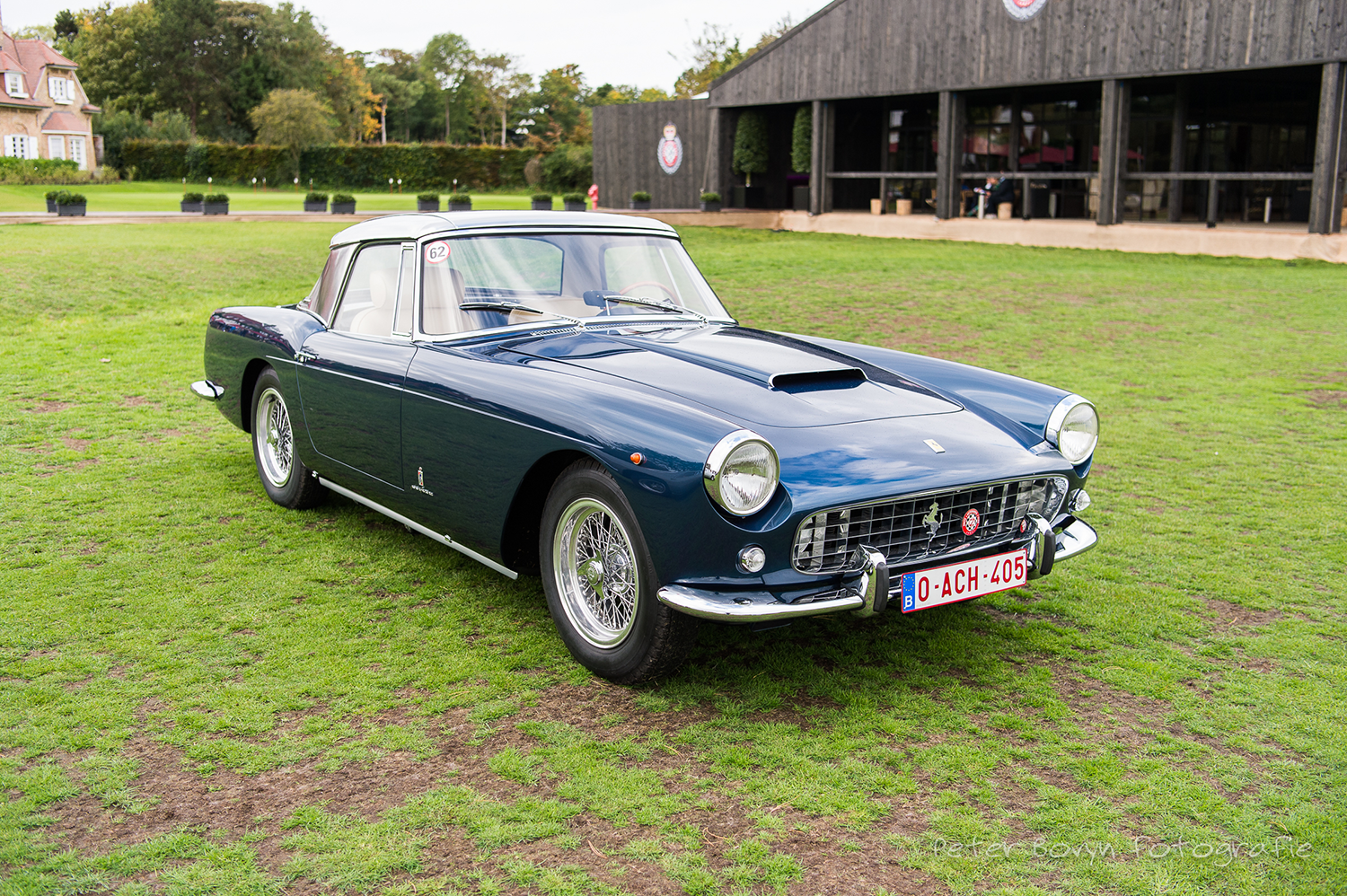 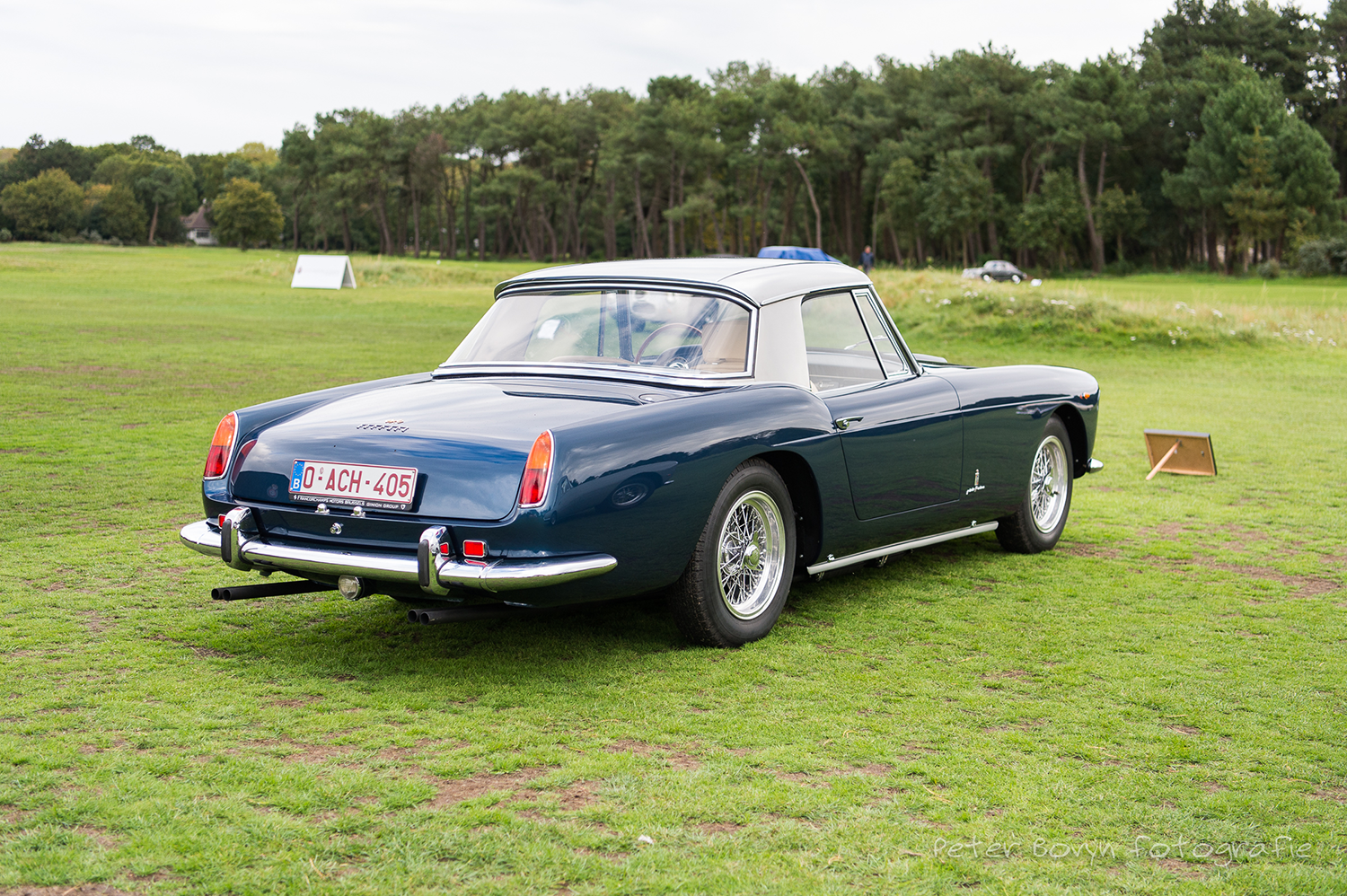 Delivered with a one-off stainless-steel removable hardtop which was ordered especially by the King of Morocco, HM Hassan II

Beautiful preservation until end of 2016

Participated at the Rally Zoute Grand Prix in 2016 (unrestored)

Completely restored at Ferrari Classiche in Marenello in 2016 - 2017

Participated at the Concours d’Elegance Zoute Grand Prix in 2017

The 250 marked the moment when Ferrari moved from being a confidential brand to being a serious manufacturer of serial production sports cars. The range was based on the 3 litre V 12 designed by Gioacchino Colombo, a powerful engine as well suited to competition as to road use. The first 250 was introduced in 1952 as a sports two seater and was quickly followed by the 250 Ellena and 250 GT Europa. Comfortable, well equipped and with their 240 hp powering them to more than 200 km/h , they attracted a wide range of buyers. This evolution was confirmed when the cabriolet 250 GT PF was introduced in 1957. The initials PF correspond to Pinin Farina, who was both designer and manufacturer of the coach work. Pinin Farina introduced the 250 GT PF Coupée in 1958 and production took off. Ferrari unveiled the series 2 at the 1958 Paris Salon. It had the same brilliant engine, but with the bonus of being more relaxing to drive. It was one of the real glamour cars of the Sixties, even of all time. It was to appeal to movie stars, jet setters and the great and the good. But it wasn't just a boulevardier; in competition the 250 reached its peak with the Tour de France models. Then there was the incomparable 250 GTO, followed by the 250 LM, first of the mid engined cars. All of these cars were built around the same engine, the very heart of Ferrari's unrivaled reputation.

This 250 GT cabriolet is identified by Pinin Farina's archives as a series 2, chassis no 1925 GT and that it left the factory on 7th June 1960. Painted "blu sera MM16439", with a black leather interior, it was fitted with a stainless-steel hardtop to the specification of Prince Moulay Abdallah, younger brother of the King of Morocco. The hardtop is unique and a special order. The car was despatched on 20th June 1960 to Franco-Britannic, the Ferrari importers in Levallois Perret. It was registered on 26th June as 75 IT 27586 with diplomatic plates. The car stayed in France till 1962, when it was shipped to Morocco for the opening of Rabat's karting track, where HM Hassan II drove to with the car.

It came back to France in 1963 and was sold to Mario Salvi in the summer of 1964. He used it for a time on the diplomatic plates, but reregistered it as 6709 QT 75 on 26th November 1964. Two years later in 1966 the engine blew up and Mario Salvi had it replaced at Franco Britannic, where François Berson was the mechanic who worked on it. The original engine was replaced by one from a 250 GTE, number 3903. Mario Salvi sold the car in 1968. It stayed in Paris.

From 1980 to 1983, the car belonged to a client of the Ferrari dealer Dominique Bardini. Garaged in Levallois Perret, it was seen at various rallies and tours of the Ferrari Owners Club, including a trip to Modena in 1983. Work done on the car during its life includes replacing the bumpers and fitting a black leather interior. At the end of the Eighties Adrien Maeght bought the car. Known worldwide as an art collector, he is also one of France's most respected car collectors. The car went to live in his motor museum at Mougins.

The car started at the first touch of the button. There was a slight leak from the exhaust. The oil pressure registered straight away and was just as you would have wanted. The car is in very good order with a beautiful patina. It's clear that this cabriolet is quite exceptional. It's got the history, it's got the provenance, it's a Ferrari. Its engine has all the nobility and its coach work all the elegance you would expect of Ferrari and Pinin Farina.

‍This car is not for sale.