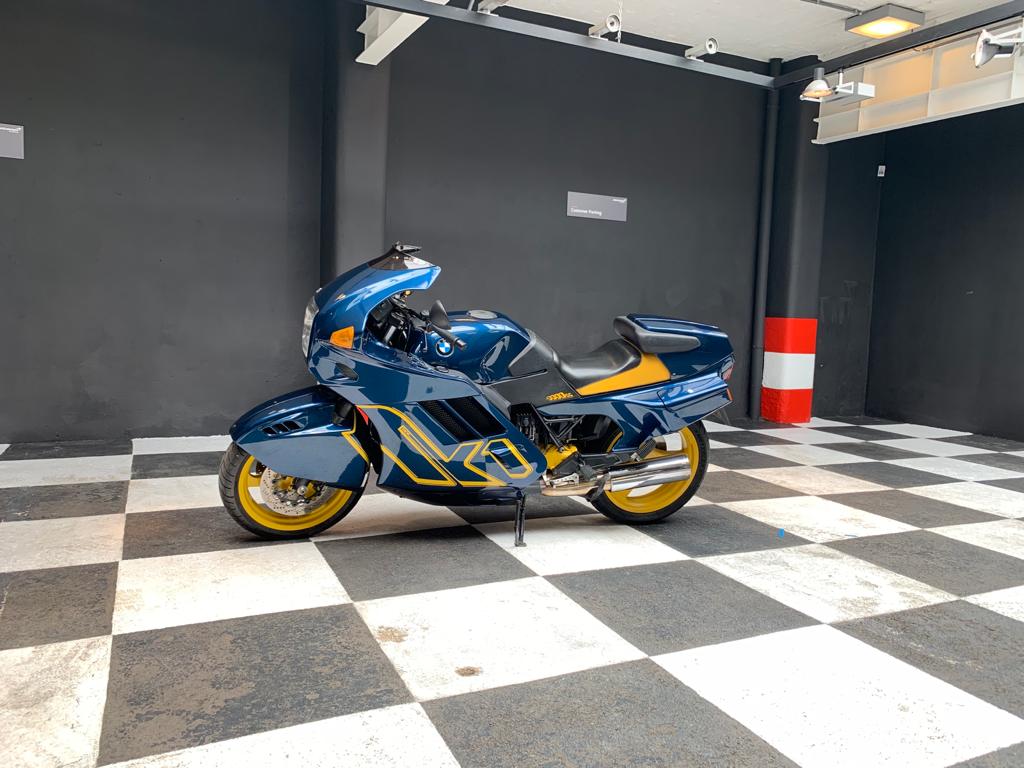 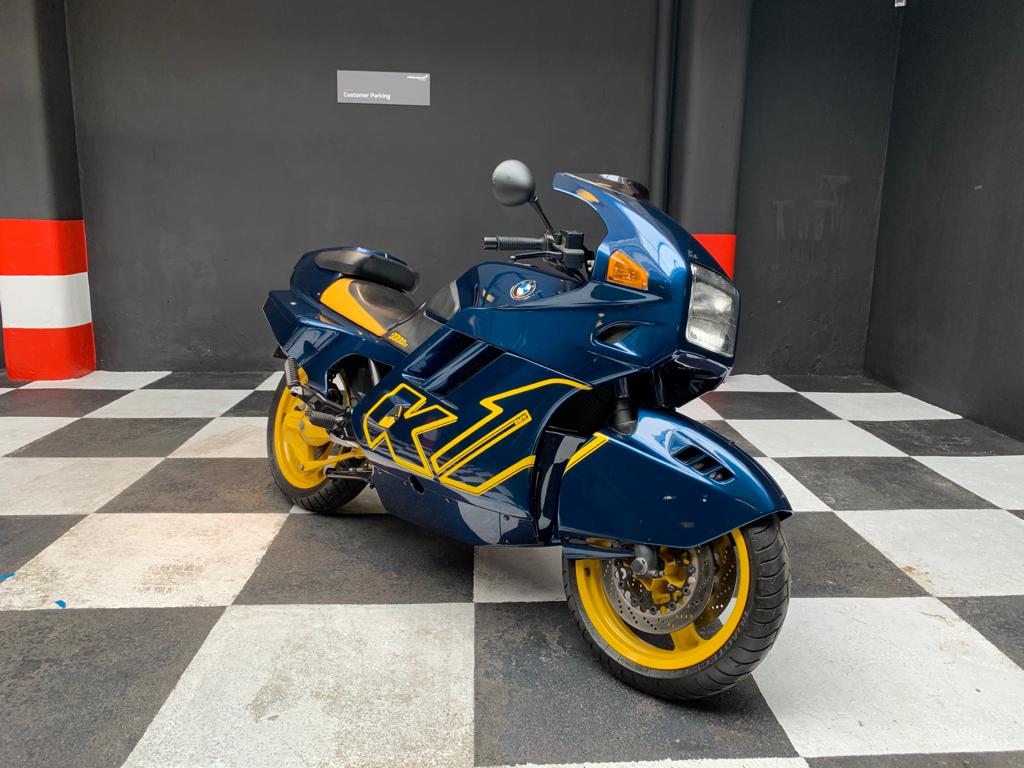 In September 1988, the Cologne Motorcycle and Bicycle Show, the world’s largest event of its kind, the BMW K1 was presented as the new super sports machine for the 1989 season. Although up to the start of production in May 1989, nobody except for BMW’s specialists had ridden the machine one single metre, it was almost sold out immediately.

BMW’s new top model is a further development of the K 100 model series introduced in 1983. The K1 was also available as an option with BMW’s electronic/hydraulic anti-lock brake system (ABS) introduced for the K 100 models in spring 1988, a unique feature in the world at that time. K1’s design was clearly made around efficiency making the motorcycle “cut through” the wind. This also results in an overall drag coefficient of 0,38 with the rider sitting upright and 0,34 with the rider leaning forwards, impressive numbers.

Progress in suspension and running gear technology is most striking on the rear wheel of the K1 which features BMW’s worldwide patented Paralever that debuted successfully in autumn 1987 on the endure models R 80 GS and R 100 GS.

Since its launch in 1989, the K1 was one of the most exclusive models on the market,with only 4.000 units produced at BMW motorcycle factory in Berlin by the end of 1989.