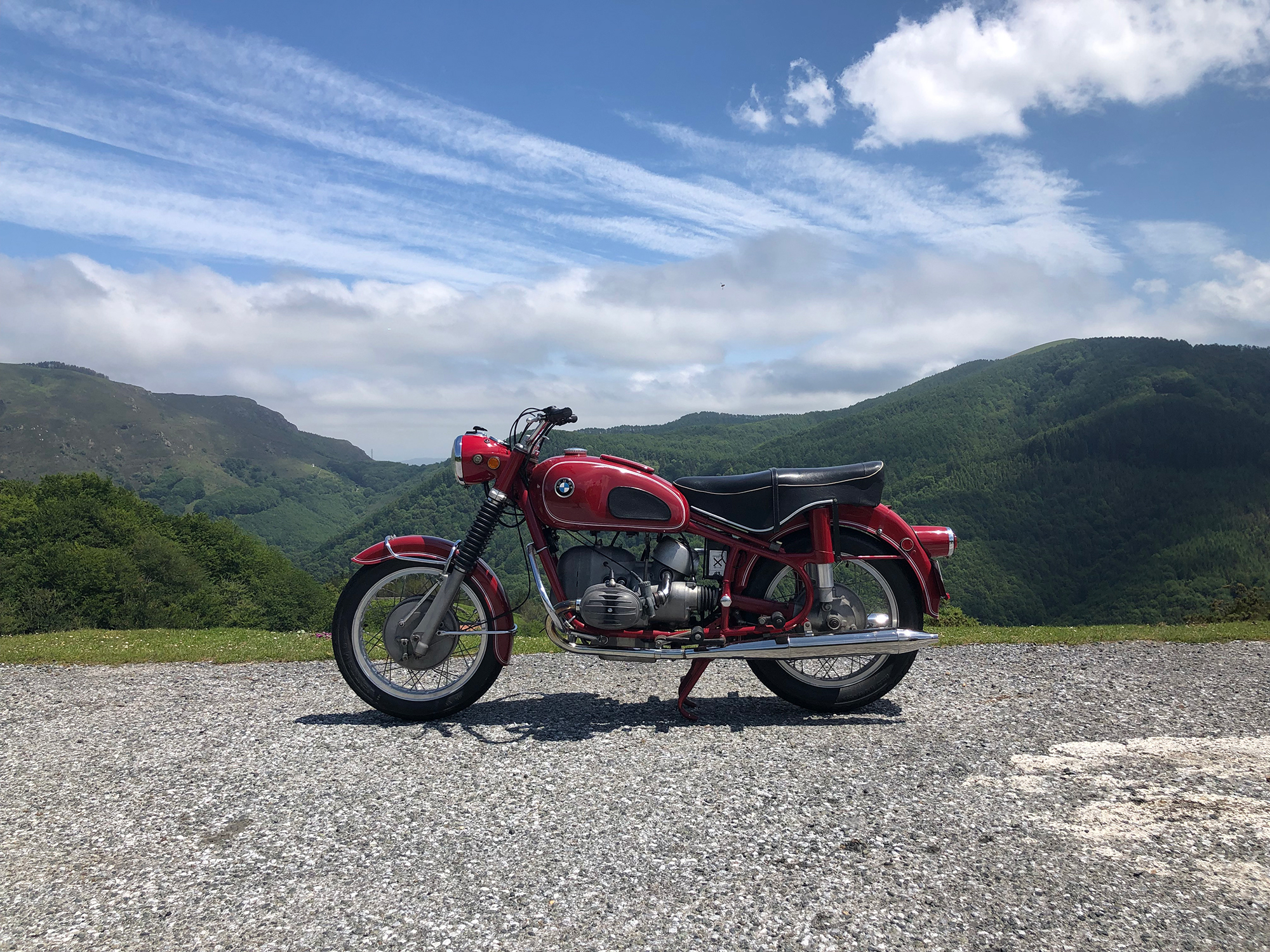 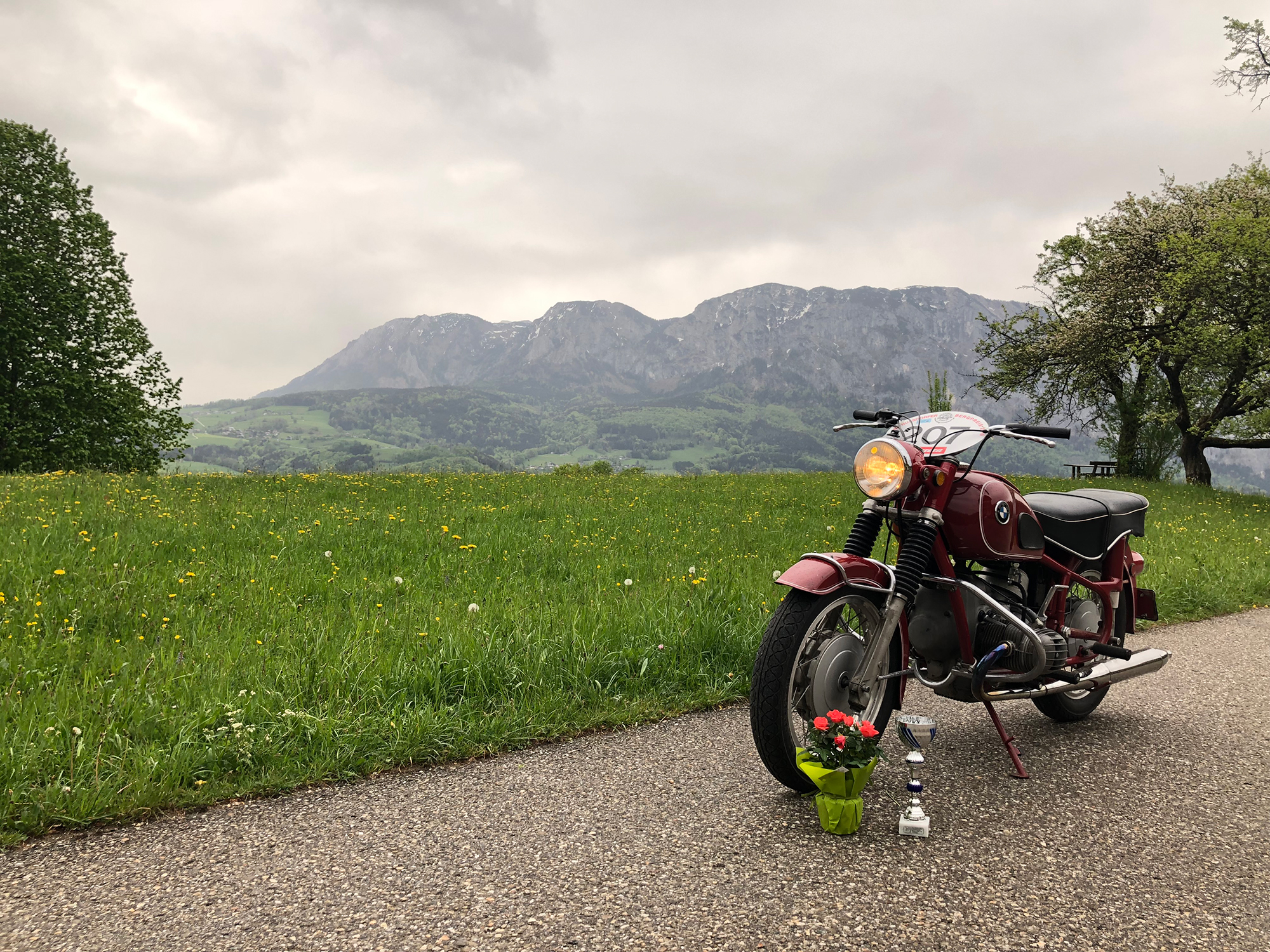 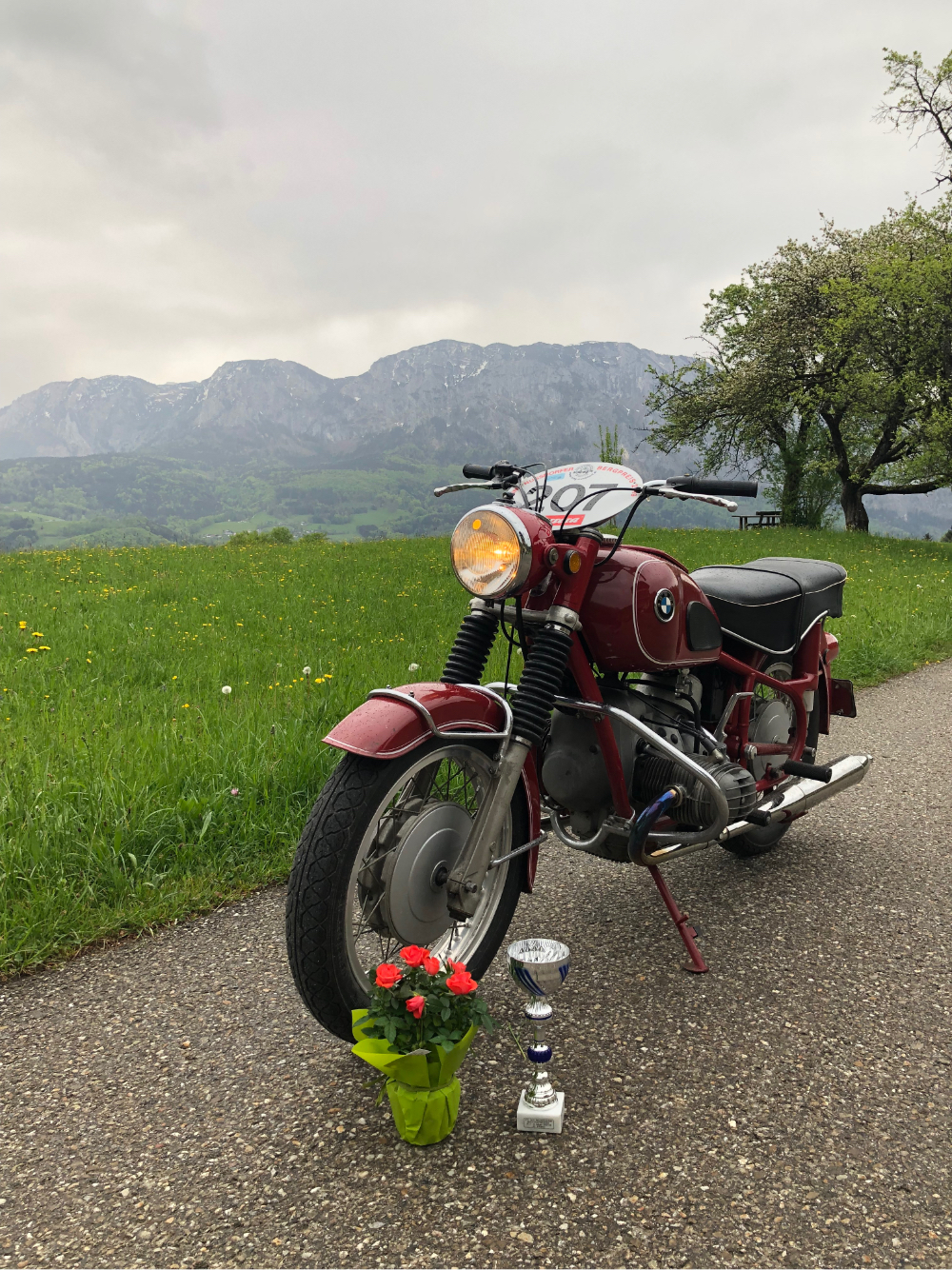 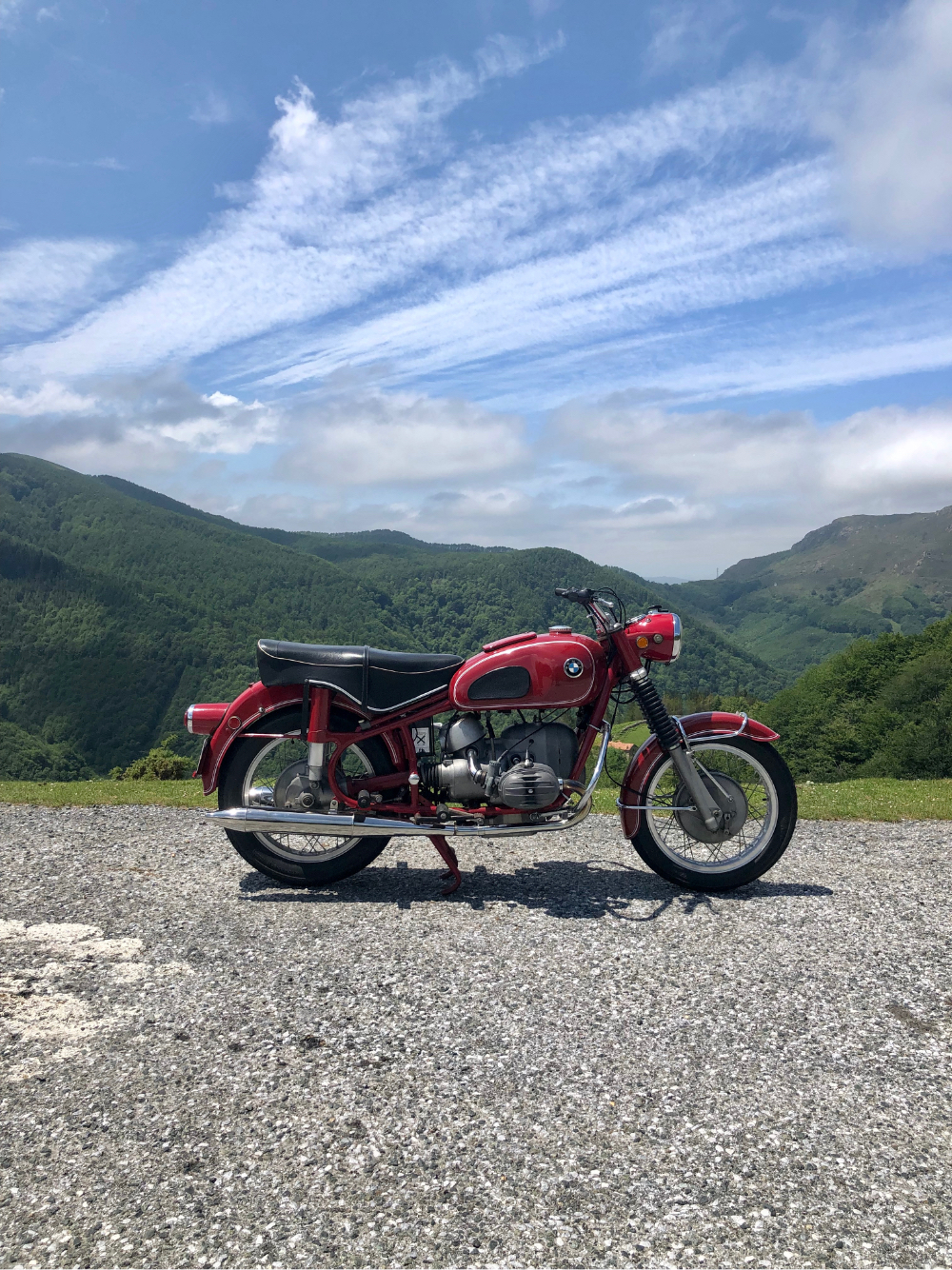 The US version of the popular BMW R60 is a real head-turner thanks to its remarkable Granada Red colour scheme, a rare sight and a special-order back in the days.  The telescopic forks and US style handlebars were especially made for the US market. Motorcycles sold in America had high handlebars with a cross brace. Those sold elsewhere came with low, Euro handlebars.

A variety of saddle styles were available for these motorcycles. Those delivered in the U. S. typically were supplied with a single "dual"or bench saddle, either the standard size or a wide version that came with chrome rear-quarter passenger handles.