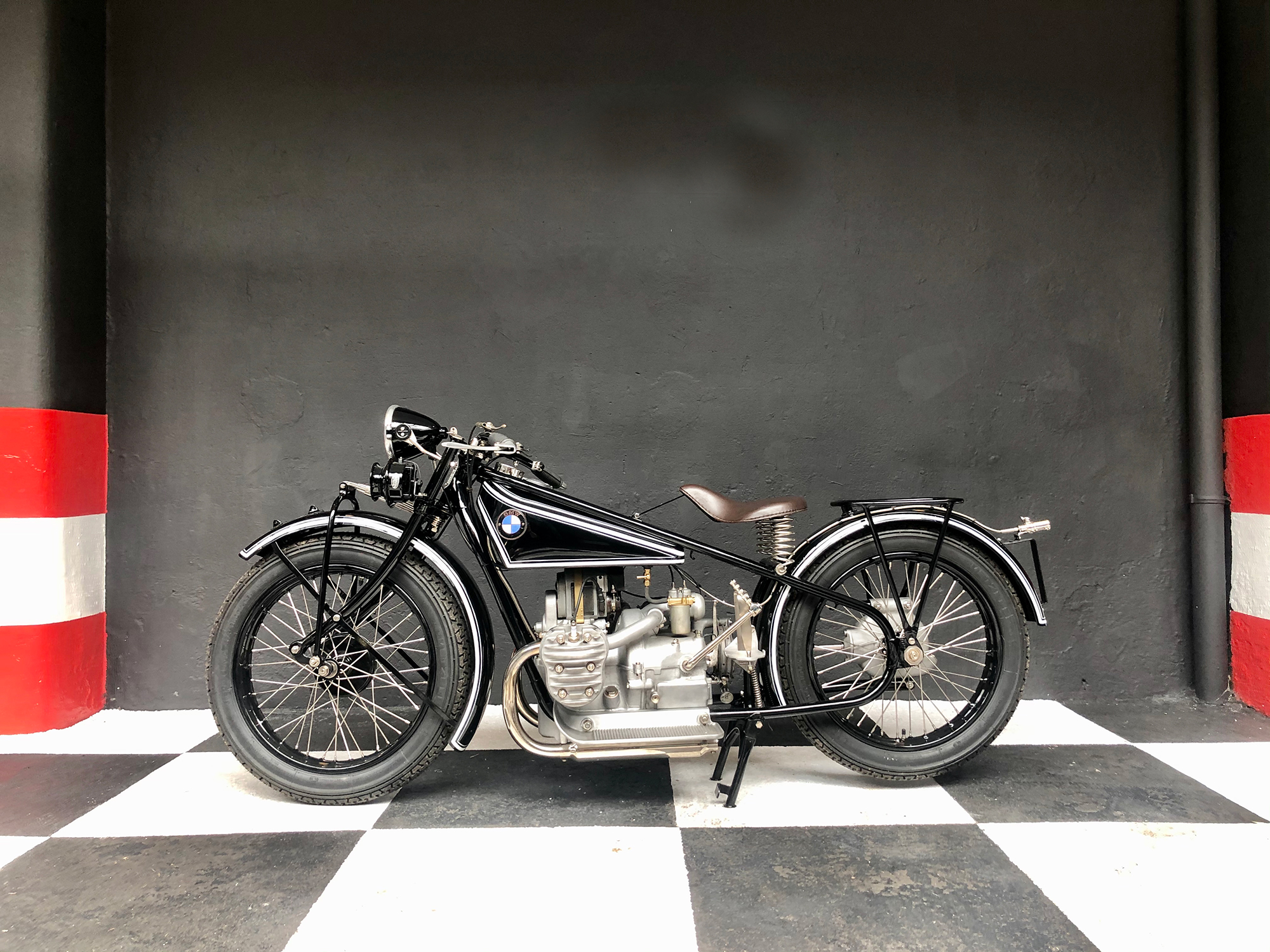 At the end of November 1925, the BMW R42 was presented at the Berlin Motor Show.This modified version of the BMW R32, BMW’s first motorcycle presented in 1923, had received many improvements. The power output of 12 hp, an improved road performance and an improved gearbox,clutch and shaft drive were some of the most significant differences.As with the R39, there was now a drive shaft brake. The cylinder fins were arranged in the direction of the air stream and the cylinder heads were fitted with smooth protective covers.

The R42 was a touring motorcycle, its sportier brother was called the R47. It was presented in October 1926 and provided an increased power output of 2 compared to the R37. With its 18 hp engine, it managed a top speed of 110 km/h. Its chassis was based on that of the popular touring model,the R42 – mirroring the successful strategy adopted when the R37 chassis was borrowed from the R32.