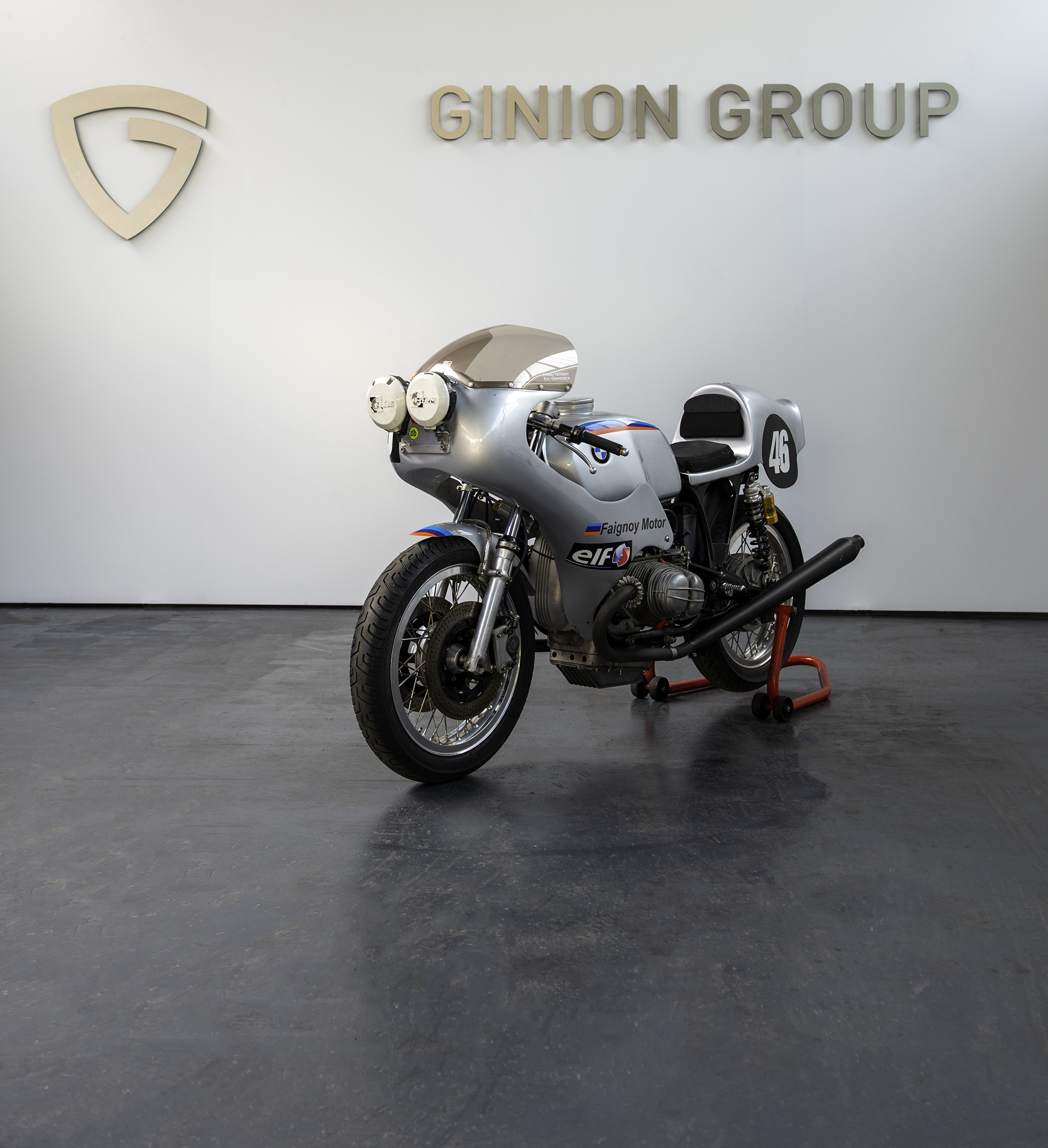 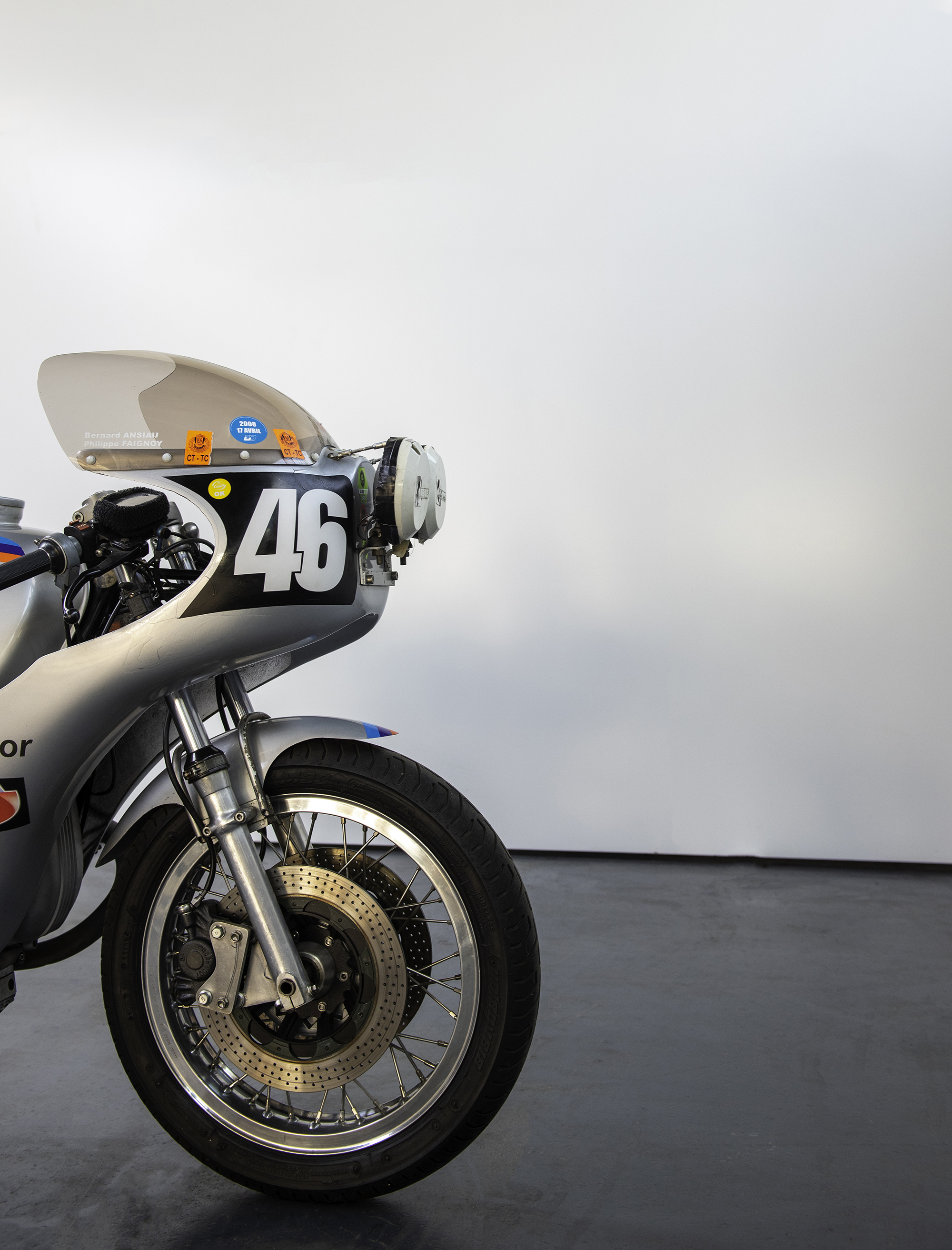 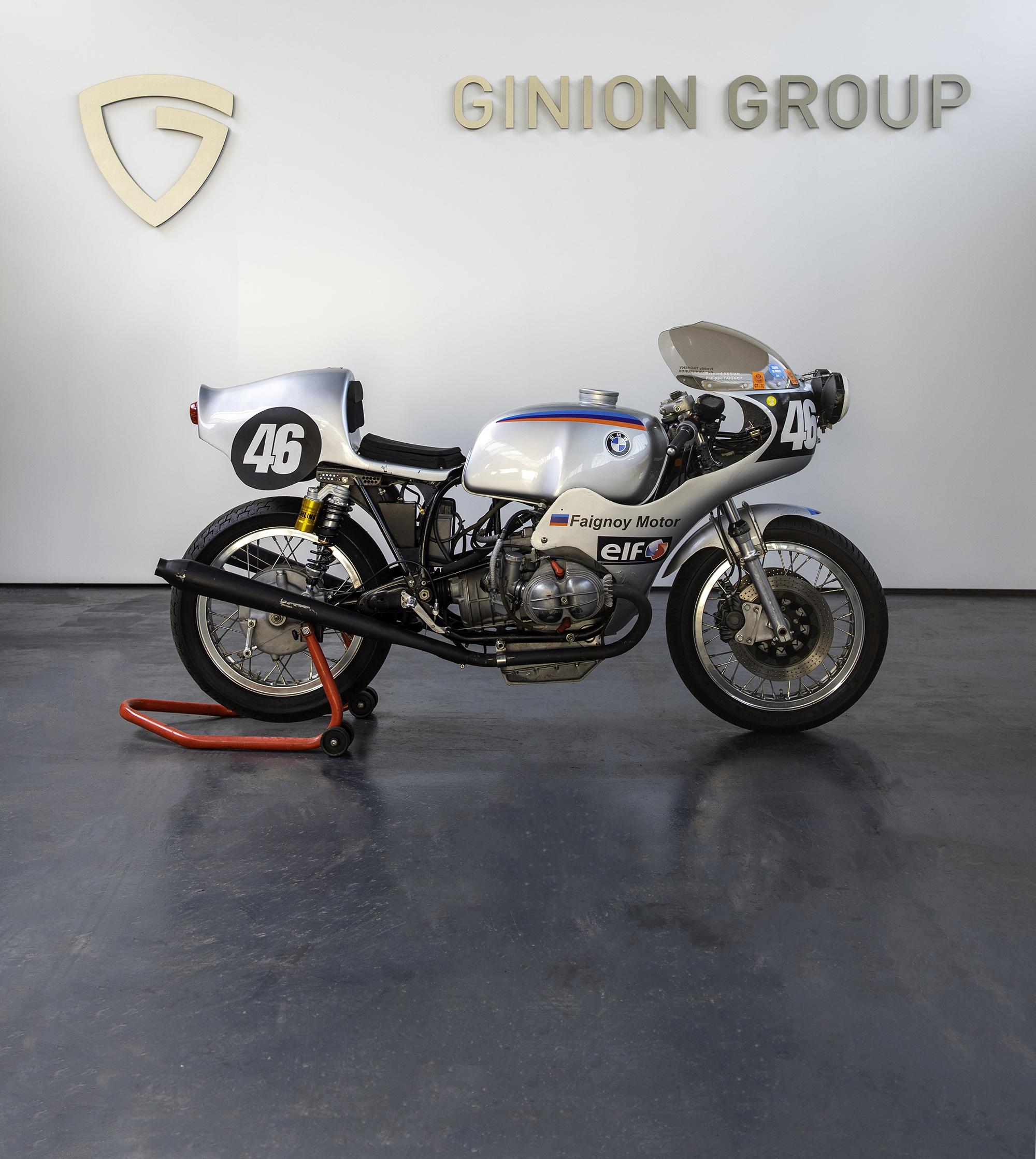 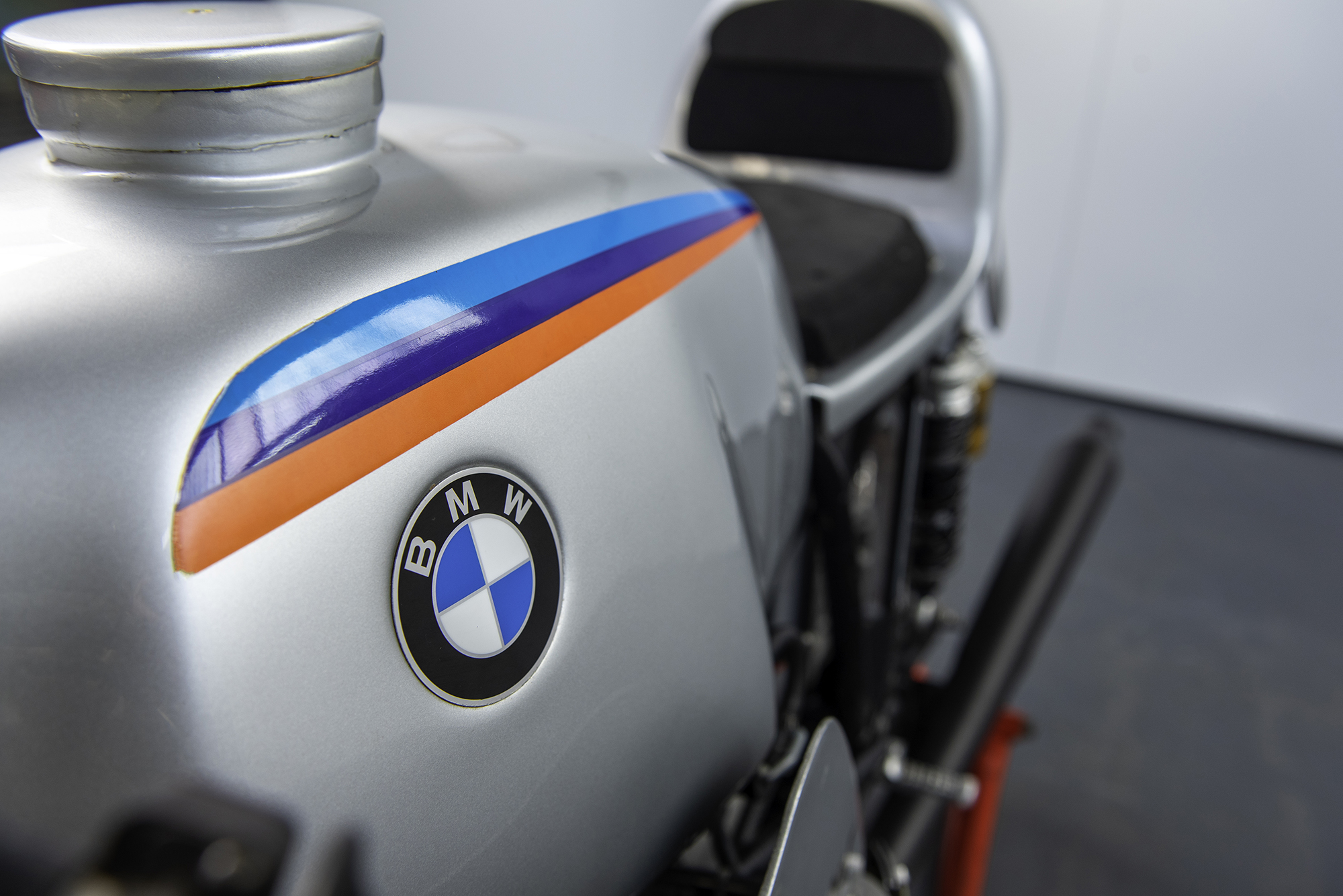 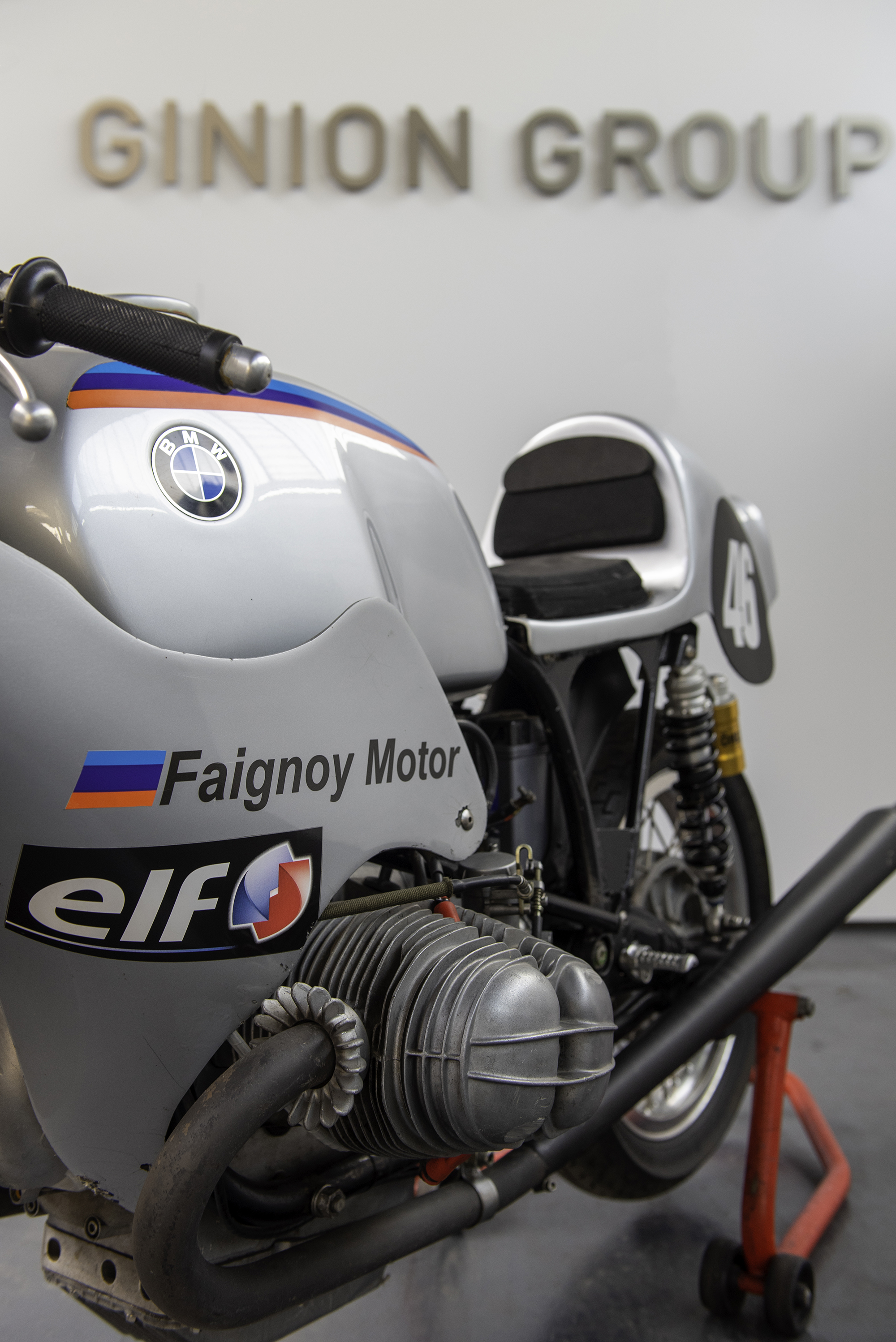 Soon after the foundation of the Belgian Championship, it turned out that racing a hill climb course was a discipline in itself. In 1972, the so-called 'scratch title' (for absolute best time over all classes) went to Jules Nies. From 1972 to 1975 Nies was unbeatable and was crowned scratch champion every time. Until 1976 when he had to make way for the young Richard Hubin.

With this specific motorcycle Julies Nies claimed the Belgian championship’s title in 1974. This winner’s combination of Nies and this R90S racing bike resulted in many more race wins in 1974 and 1975.

Since the late 90s, this great racing bike is in our collection and in the meantime,  it has been transformed with Rossi titanium screws and carburettors from Wayne Reinay’s Honda in collaboration with Bernard Ansiau, his mechanic back in the days. From 2007 to 2010, we’ve enjoyed the bike for what it’s done its entire life: racing! Many classic motorcycle races have been done together with Freddy Tacheny, Bernard Ansiau and Eric Vanheurck. Now, the R90S keeps on inspiring bikers in the showroom of Ginion Motorbikes.